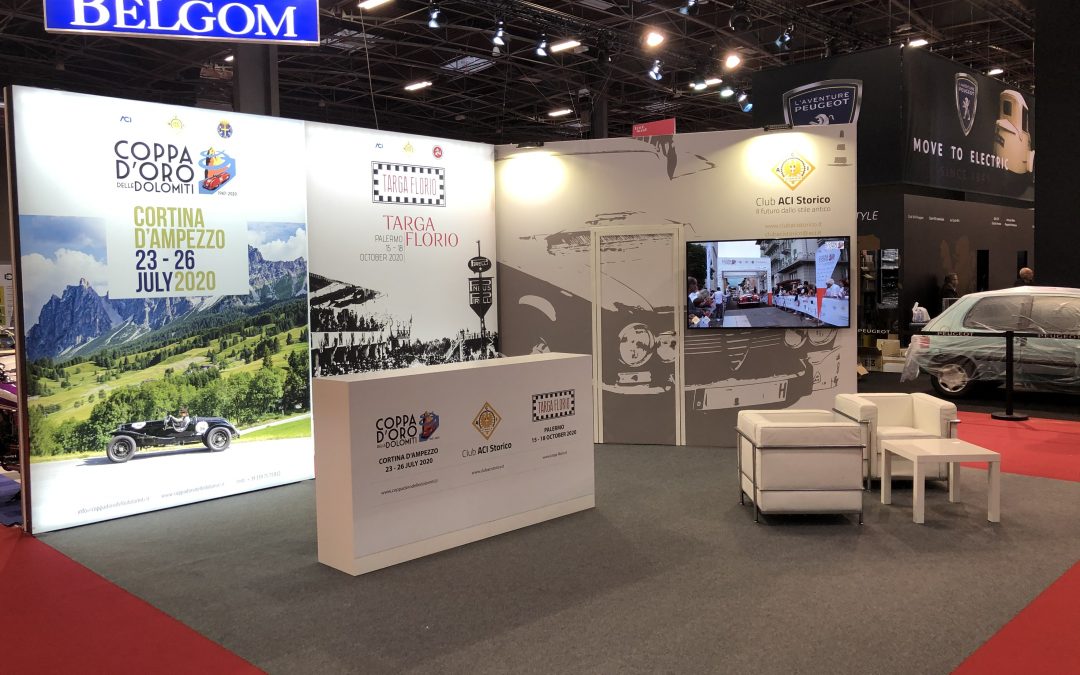 The stand dedicated to Circuito Stradale del Mugello, Coppa d’Oro delle Dolomiti and Targa Florio Classica will boast the presence of the legendary Fiat 130 HP that won the French Grand Prix in 1907.

The ACI Storico Club leaves its national borders to reach the Salon Rétromobile, scheduled for next week from 16 to 20 March at the Paris Expo Porte de Versailles, where it will boast the presence of a car from MAUTO, the National Automobile Museum. A long-standing collaboration, since ACI is one of the founding members of the prestigious Turin-based museum, which was established in 1933.

A tradition, the transalpine one, that finds its origins back in 1976, generating a long series of editions, which continues also in this 2022, where more than 1000 cars are expected, more than 600 exhibitors, numerous clubs and artists and an auction to be held during the event.

The event, one of the most representative in the world of classic cars, will be enriched by the presence of the stand “branded” ACI Storico, where you can receive all the information about the events of the season: Circuito Stradale del Mugello (April 29 – May 1), Coppa d’Oro delle Dolomiti (July 14 – 17) and Targa Florio Classica (October 13 – 16).

Enhancing the space dedicated to ACI Storico will be the extraordinary Fiat 130 HP, dating back to 1907, from the MAUTO – Museo Nazionale dell’Automobile collection, which returns to France for the first time in over fifty years. Model remained in the history of competitions thanks to the domination of Felice Nazzaro in the French Grand Prix, which determined its name: Fiat 130 HP “Grand Prix”. From 2019 to 2021, the car underwent a careful functional conservative restoration, which brought it back to its splendor thanks to the coordination of the MAUTO Restoration Center, of which ACI Storico is a partner, and the impeccable execution of selected craftsmen in the sector.